4 Things to Consider Before Undertaking a European IT Deployment

Global IT, European IT Deployment

For American-based businesses considering an expansion into the European marketplace, success will depend greatly on the creation and implementation of a well-formulated strategy. Enormous company resources must be spent in advance of the transition to research and evaluate multiple factors which can directly affect business continuity and long-term profitability.


While lower tax rates and a less costly workforce are often key financial incentives, other considerations often go unchecked, such as understanding the political climate abroad and managing potential language barriers. Performing due diligence is critical.


The United States has one of the highest corporate income tax rates on the planet, averaging 38.92 percent. The average worldwide is 22.5 percent, and in Europe, the rates plummet to an astounding 18.88 percent on average. However, the G7 also has the highest simple income tax percentage, averaging 30.21. And when these numbers are weighted based on GDP, they can begin to increase or decrease depending on the nation. For companies considering a European expansion, understanding the regional tax codes is essential to long-term success. 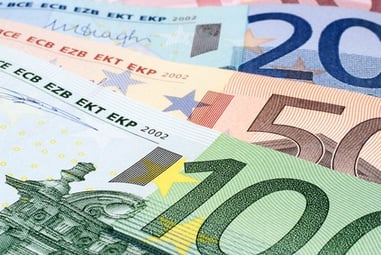 Most experts tend to agree that labor can be less expensive abroad, even for highly trained technical staff. Of course, this theoretical, cost-efficient, international workforce is entirely dependent on the American-based company’s expertise and know-how related to locating these in-demand staffers quickly.

Even if your internal human resources team is lucky enough to find the best possible European talent, these prospective employees must still be convinced to take a chance on a foreign enterprise with an unproven track record. Meanwhile, many of the top EU companies will already have a well-established reputation for success. Attracting the best workforce at the lowest price requires excellent communication skills and an in-depth understanding of local work customs and eccentricities.


There are currently 28 countries in the European Union, including Great Britain. And while English is a commonly spoken second language among much of the workforce, very few EU companies require their employees to be fluent in both the spoken and written word.

The interviewing, hiring, and training processes will require the reading of company materials and the completion of numerous in-house forms by the new or prospective employees. In advance of the European expansion, pertinent documents must first be translated into the languages of the new host countries. And even in the best of circumstances, there will likely be differences in styles of non-verbal communication, too. Understanding these types of language barriers and cultural differences is critical.


The Brexit vote of 2016 has thrown areas of Europe into a near-constant state of uncertainty. Some companies located in the other 27 nations of the EU may still be harboring signs of resentment or even contempt toward UK-based businesses, and by extension, those from the United States. There will be varying regulatory requirements, compliance issues, liability laws, import/export regulations, and health insurance issues, just to name a few. And the triggering mechanisms already in place might also be very different.

Meanwhile, businesses located in certain EU nations might expect the American companies to adapt to the customer tastes and preferences of the host European country. Others might welcome U.S.-based enterprises with open arms. Ireland, for example, has proven to be an attractive hub for companies such as Apple, Facebook and Google as the only English-speaking EU country after Brexit and its highly educated workforce. Understanding the current and constantly evolving political climate abroad can either make or break a European expansion before it even gets underway.

While there are many factors to consider before undertaking a European expansion, the entire process can be made infinitely easier by collaborating with an international partner. Locating a quality partnership can open many doors while quickening the European expansion and saving enormous unforeseen costs in the process. From tax codes to VAT issues and everything in between, collaborating with a global IT partner saves time, money, and significant amounts of stress and frustration.

Conor Killeen has more than 20 years in sales in IT/Telecoms and has significant experience dealing with large-scale multi-million euro deals working with carriers and large service providers. Conor has previously worked for Cisco, Avaya, Ericsson and Siemens. As one of the co-owners of VEI, Conor has helped establish a successful ICT professional services business and steered VEI as a company to service an area of the market where there was considerable need for services. Conor has secured significant global contracts with managed service providers including BT, Fujitsu and Three. In the last two years Conor has secured the contract for VEI to support European retailers with ICT field services requirements in the U.S. Conor has built a channel/partner network on the ground in the U.S. to support VEI in delivering services, so he has intimate knowledge of the players involved and what is required.